46 year old former RAAF Cpl. Rob Solomons and his son Ryan flew out of Australia for Vietnam today.(6th Jan 06) They are off on an adventure to follow in his father's footsteps into Vietnam.

This is taken at Vung Tau in Vietnam and they are beneath the wing of a Caribou Transport of 35 Squadron which was known as Wallaby Airlines during the war. HW Solomons wears shorts and has his hands on his hips

The story is gleaned from emails he sent to the family.

The first email about Rob's trip arrived on the 7th. He says he had a wonderful flight. They treated him well at the airport and in the air. A lot of the expected difficulties didnt arise thanks to the excellent staff.

In his first email he talks about Hanoi traffic
"on the road, millions of postie bikes headed straight at us on both sides of the road, just unbelievable. I didnt know where to look." then " A bike passed us with two large pigs tied on by their feet, upside down. We saw another postie bike with a whole wardrobe on it going along the road. There are no lane rules. Everyone toots their horns. Its just mind boggling. Wonderful and a little scary.Very very old and run down but still really great to see." 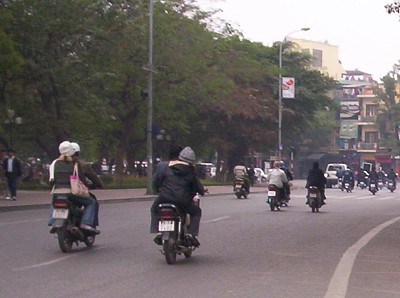 Email #2. came on Jan 13th and I have included a few excerpts. The jury is out on the meaning of the word "hijacked" but we suspect there was some sort of kick-back if the driver delivered customers somewhere and Rob did not want to be there.

He writes " We are ok . Knee was real worry on trip .But managing with care now. We were hijacked in the old part of Hanoi. seriously, managed to get away after some anger etc.  We will definitely forget more than we will ever remember from this trip. So many contrasts. Its like a pleasure and pain thing . I really do love it though" then " We have done everything from watch young buddhist monks preparing their meals, meeting school kids, visiting ruins, buying clothes, having a massage, and eating the best food, its amazing. We have been eating at local places( after guidance) . At one place (the guide sent us), it was full of the local taxi drivers, all drunk, power was out, and the food was made in heaven. Just great " 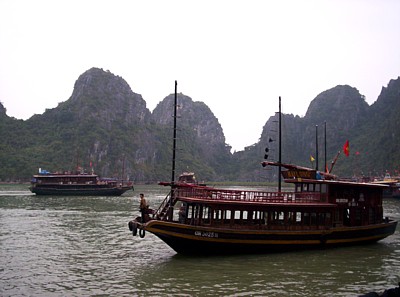 Jan 14th he wrote:
We are leaving Hoi An today, Headed to Qui Nhon (south). My father was in Qui Nhon. We we very lucky getting here . We drove in a private car from Hue, through Da Nang, to here at Hoi An . We had to travel through a mountain pass which is 24km long .Its a pass where locals don't travel much because there are too many deaths. There are lots of memorials on the roadside. We went that way to see a spot where Dad was at Da Nang, and to see some of the coast from the mountains. We also saw some of the American bunkers (see below) etc. from the Vietnam war .It was all a bit weird . I was sad to see the spot where Dad was at Da Nang beach (American and Australian swimming spot), the trees from the site are all still there. We were being shown the spots by a local guide, who's father fought for the VC. It was very sad and a little weird. That was the first spot I went where I know my Dad was during the war. 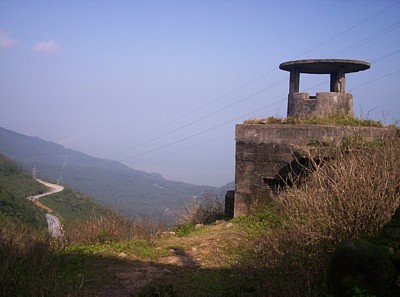 The mountain pass was scary . No one drives on the proper side of the road and we regularly had to drive off the road into the dirt to miss trucks and buses coming around the corner, straight at us. I kept thinking we were going over the edge. Very scary. We saw a bad accident where that had happened. We also saw three local trucks broken down. The drivers would just stop where they were in the middle of the road ,take the wheels off and fix the trucks. we would come around a corner just missing them sometimes. After seeing that bus crash in Turkey we realise how lucky we were.

PS. when we stopped for coffee on the mountain pass, a lady came and rubbed my beard and said "you are so handsome"

Site by Weblight Studio (Australia) Photography by Rob and Ryan Solomons. All rights reserved.   Contact Us