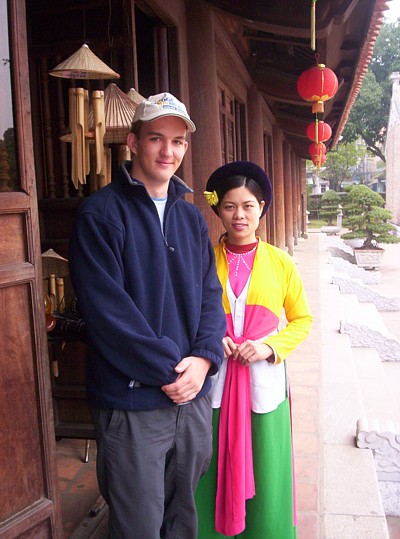 We have been in Saigon about half a day. Saigon is sort of busy, but a lot calmer and not as manic as North Vietnam . The traffic is busy but all seems to flow ok .Saigon is like North Vietnam on Valium. Hanoi was scary and electric,and the pollution there was like pea soup fog. I just love that place... it is alive, and so old world. Just fantastic. We both fell in love with Qui Nhon. What a wonderful (and a little scary) place.

I saw the base there where Dad was. It was a bit strange and sad. All the hangers are there still . Even the Aussie quarters with gum trees and wattles around them . Not meant to film there.

The people in that area were amazing. So open, happy and friendly. I found Ryan the most gorgeous Vietnamese girlfriend (pen-pal). All the other girls in the motel helped me line them up. Was so much fun. They were all chuckling every time we came near. They were just lovely people.

We had a weird experience at Qui Nhon. as we arrived, a local dude came and introduced himself. He knew who we were and when we were leaving town. He was the local airport manager. Then when we were leaving (same airfield where the old base is) Ryan and I were looking at the old base and talking about dad , when a local come out of the old RAAF building, and set alight an old green uniform . Was just strange.. But anyone who is coming to Vietnam, its a waste of time without seeing the manic and wonderful north . I want to come 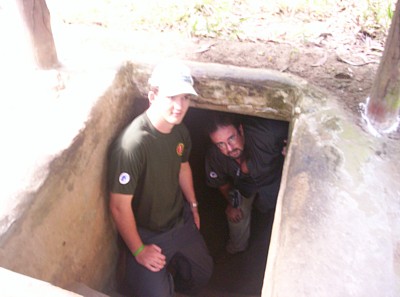 Rob and Ryan at the old tunnel structure

17 Jan We just spent the morning at the Vietcong tunnels . It was a real eye opener .They were amazing people to survive like that . We are eating at Pho200, (a local restaurant) tonight. Yesterday we ate at Pho24. really nice clean and modern restaurant that serves the local Pho dish. Pho24 has nothing priced over 24000 dong,hence the name. 24000 dong is two dollars aussie.Yesterday three of us ate there, had pho and all had Vietnamese tea, total cost was 98,000 dong..which is about $9.00 Aussie. Some of the other restaurants here in Saigon are very expensive, like home, and even worse. Things are much cheaper up north. We dont have anymore guides or tours. 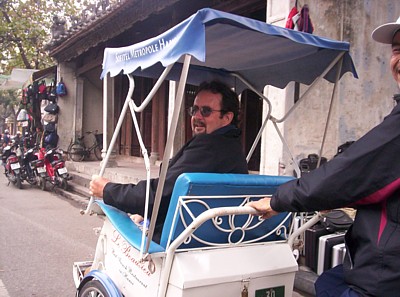 We are just on our own now. We have found the hydrofoil terminal and we will try to get a ticket to Vung Tau from here. We go to Vung Tau (where dad was) on 19th. That is where we will be hanging up his picture. We have seen a few spots where he was and others where he had to have been. I cannot always take pics of the old parts of the war hangers and bunkers, as they still use the airports and we are really not meant to take pics there . But I have seen them and that is the main thing, and we have thought of dad a lot .

We spent some time in china-town markets here yesterday. Was very hot and muggy,and we didnt stay for too long . there is no space to walk and you have to push through people all the time, and if you stop, someone puts their hand on you and pushes you out of the way.

I had a massage yesterday,in our motel (been having bad headaches and lots of bad neck stuff), and the lady walked on my back until the shoulders and spine cracked properly. Ryan had a spa,sauna and gym session. The gym is all free.Tonight we are trying to find the night markets again.then hopefully find the motel.

Crossing the road is just a walk of death. We are surprised each time we make it. In Hanoi we walked across behind two old ladies(locals), and when they saw us hiding behind them, they laughed at us. On the way to the airport in Qui Nhon we saw three accidents and one was a multiple motorbike prang. Havent seen prangs here in Saigon, its very crowded but very orderly like the big cities in Australia. 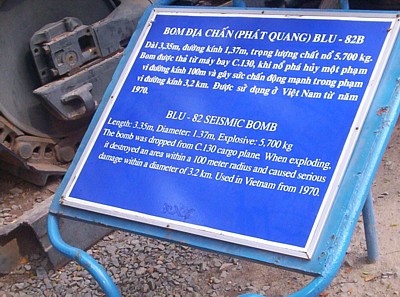 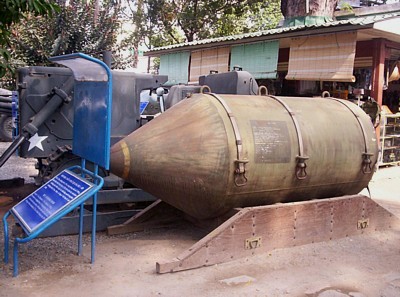 We have spent the morning at the Vietnamese War Memorial. It is their memorial, not a general memorial to the war. Lots of upsetting exhibits. I won't say too much, but its a very sad place, very sad indeed.I took some pics but will put them away for the time being.

Last night we ate at Pho2000. I woke up with the belly ache etc. Had to start taking pills to stop the "runs". Hope i don't get any worse. The Pho2000 restaurant is pretty dirty and rustic and it is beside the markets. The windows are all open and while you are eating there are beggars trying to sell you things in the windows. People are cooking in pots on the ground just beside us while we ate.

We finally found who had our tickets, for our Vietnamese Airlines flight, to Phu Quoc island. So that part is ok. And last night we went to buy boat tickets from here to Vung Tau, and the shop that we were told to go to was empty.. Eventually we found the new shop... phew So all our trips until we get home should be ok now.

Our Vietnamese Airlines flight to here was funny. My seat was broken so if I sat back in the seat I ended up, laying all the way back and chatting to the smiling Vietnamese guy behind us. Half way through the flight I moved to another seat myself

Site by Weblight Studio (Australia) Photography by Rob and Ryan Solomons. All rights reserved. Contact Us